Renewable energy certificates, or RECs, represent the environmental benefits of one megawatt hour (1MWh) of electricity generated from a clean energy source, such as solar or wind.

Two types of value are created by commercial solar or wind powered projects:

However, tracking the latter, the environmental benefits, is important because the utility grid cannot distinguish between “dirty” and “clean” electrons.

A REC represents one megawatt hour (aka MWh or 1000 kilowatt hours) of clean energy generated and sent to the grid from a renewable energy source.

For each clean MWh of electricity generated, a REC can be certified, packaged up and sold separately to a buyer who wants – or needs – those environmental benefits.

The market of buyers of RECs includes utilities, companies, or individuals who want or need to go green… REC buyers fall into two camps:

However, to the financier, the offtaker (buyer of clean electricity) is as important as the REC buyer.

If an offtaker’s credit is sub-par, RECs can play a role in helping you close a deal…

RECs dramatically improve the underwriting profile of your renewable energy project, such as a PPA, enabling your project to qualify for offtaker insurance, as described below. 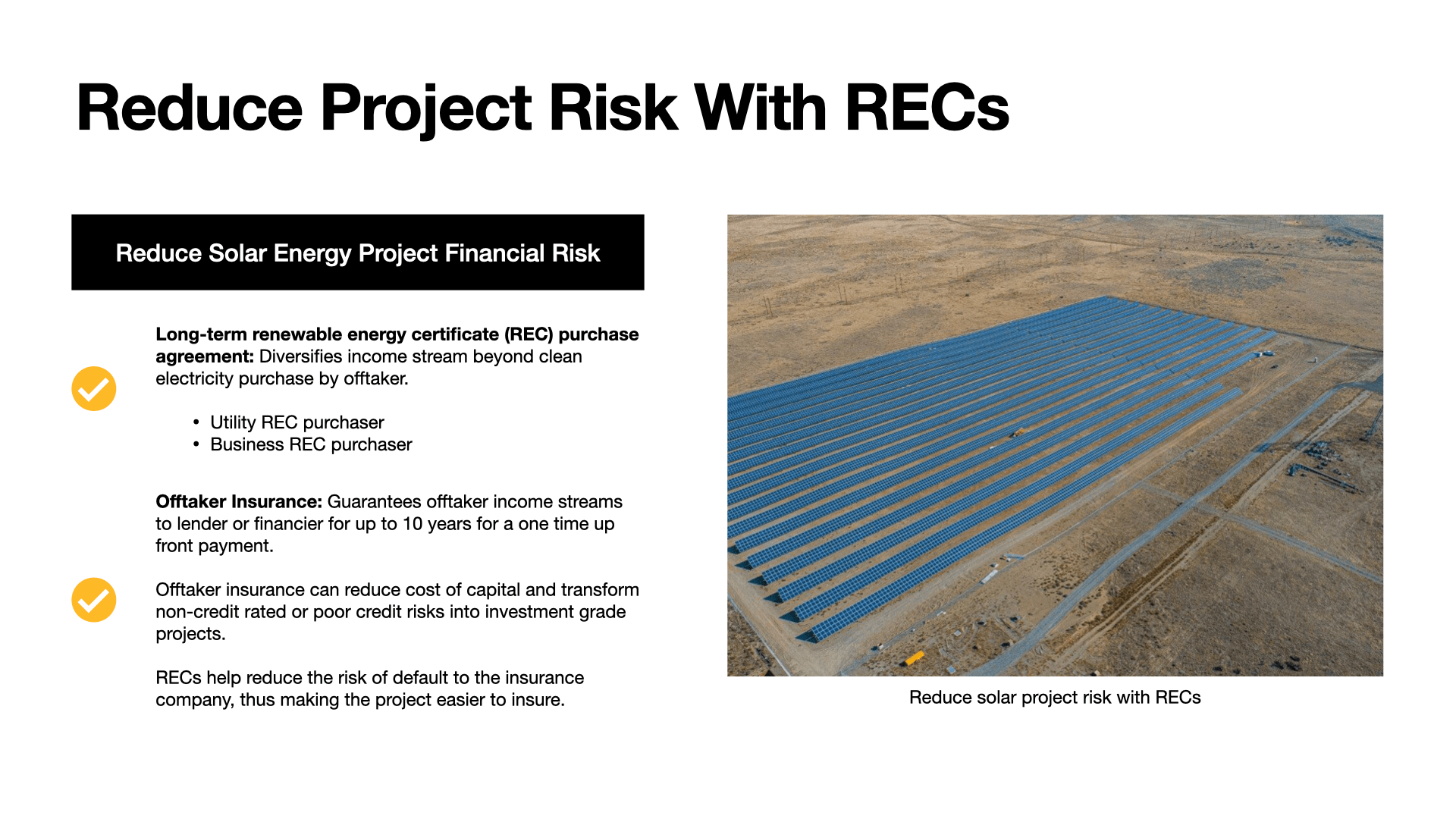 Benefits of offtaker insurance include:

RECs also increase lender confidence and help with eligibility for offtaker insurance by guaranteeing cash flows from offtakers for up to 10 years.

At this time, long term REC sale agreements in states such as Connecticut, New York, Massachusetts and Maine are quite compelling and competition for deals is greater than ever.