How to Calculate Solar Payback

There are two common methods to calculate solar payback: 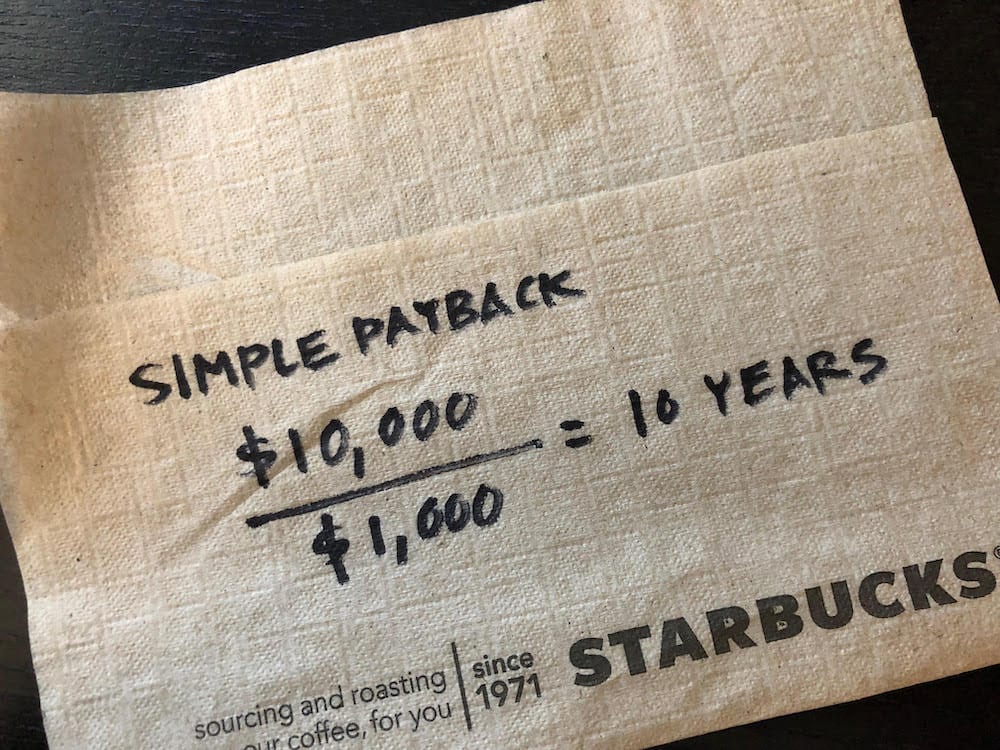 According to EnergySage, the average consumer solar system has a payback of around 7.5 years.

However, the lifetime payback of solar panels is better because solar panels can last for over 30 years! This means that your solar panels could pay for themselves again and again, many times over. 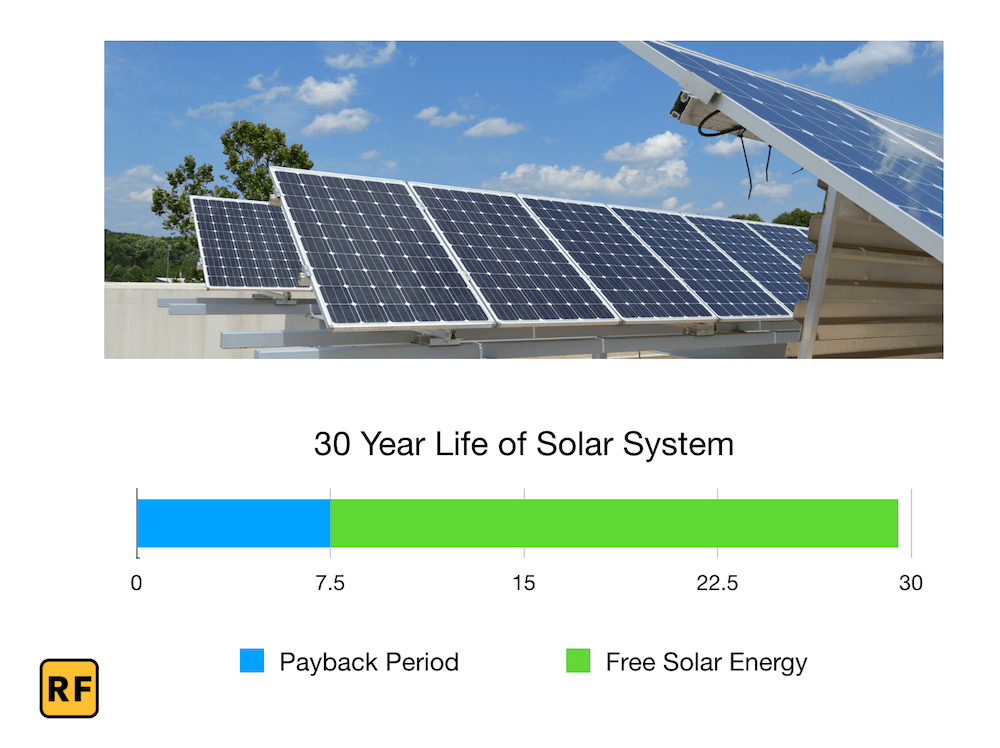 Indeed, many solar systems are still going strong after 30 years.

The oldest solar panel system in the U.S. is the SEGS system in California’s Mojave desert. The SEGS solar array went live in 1984 and is still chugging along producing electricity today, almost 35 years later!

Using the simple payback method below, you can calculate your solar panel payback very easily. 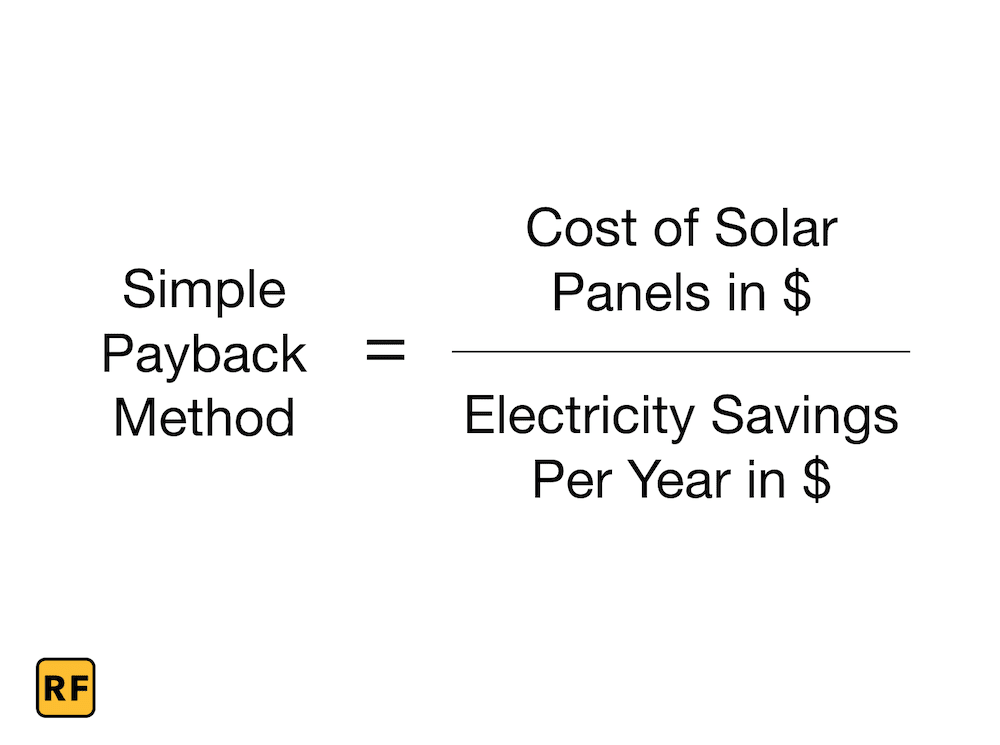 Put the cost of the solar panels in the numerator.

Put the expected annual electricity savings you expect to receive from your solar panels in the denominator.

Divide the denominator into the numerator and this will give you your simple payback in years.

Unfortunately, the simple payback method does not consider the time value of money, nor does it consider your required rate of return for investments.

You would prefer to receive $1,000 today because you could invest that money to earn a rate of return or you could earn some interest by putting the money in the bank. According to NerdWallet, even with interest rates are extremely low, you would still earn something on your $1,000.

If you put $10,000 in the bank at 2.35% interest it would become $12,614.74 after 10 years according to Investor.gov’s compound interest calculator… However, your solar panel system might pay for itself by then.

As such, the best way to calculate solar payback is to consider the time value of money, and to do this you would use the net present value or present value payback approach.

A solar net present value calculator factors in the time value of money and your hurdle rate with a method called “discounting“.

Discounting is the opposite of compounding.

As such, when calculating solar payback, one should take the time value of money into consideration because it provides a more accurate way to calculate return on investment.

When calculating solar payback don’t forget to subtract any government tax incentives that will reduce the up front cost of your solar panels.

The most important one to remember is the solar investment tax credit (ITC)… The ITC started phasing out in 2020. You can read more about the federal solar tax credit phase out here.

The ITC makes all the difference in your return on investment (especially when considering the time value of money – as described above).

Solar makes sense for many residential homes and commercial buildings… Just make sure you calculate the payback and understand the factors that go into commercial solar panels cost.